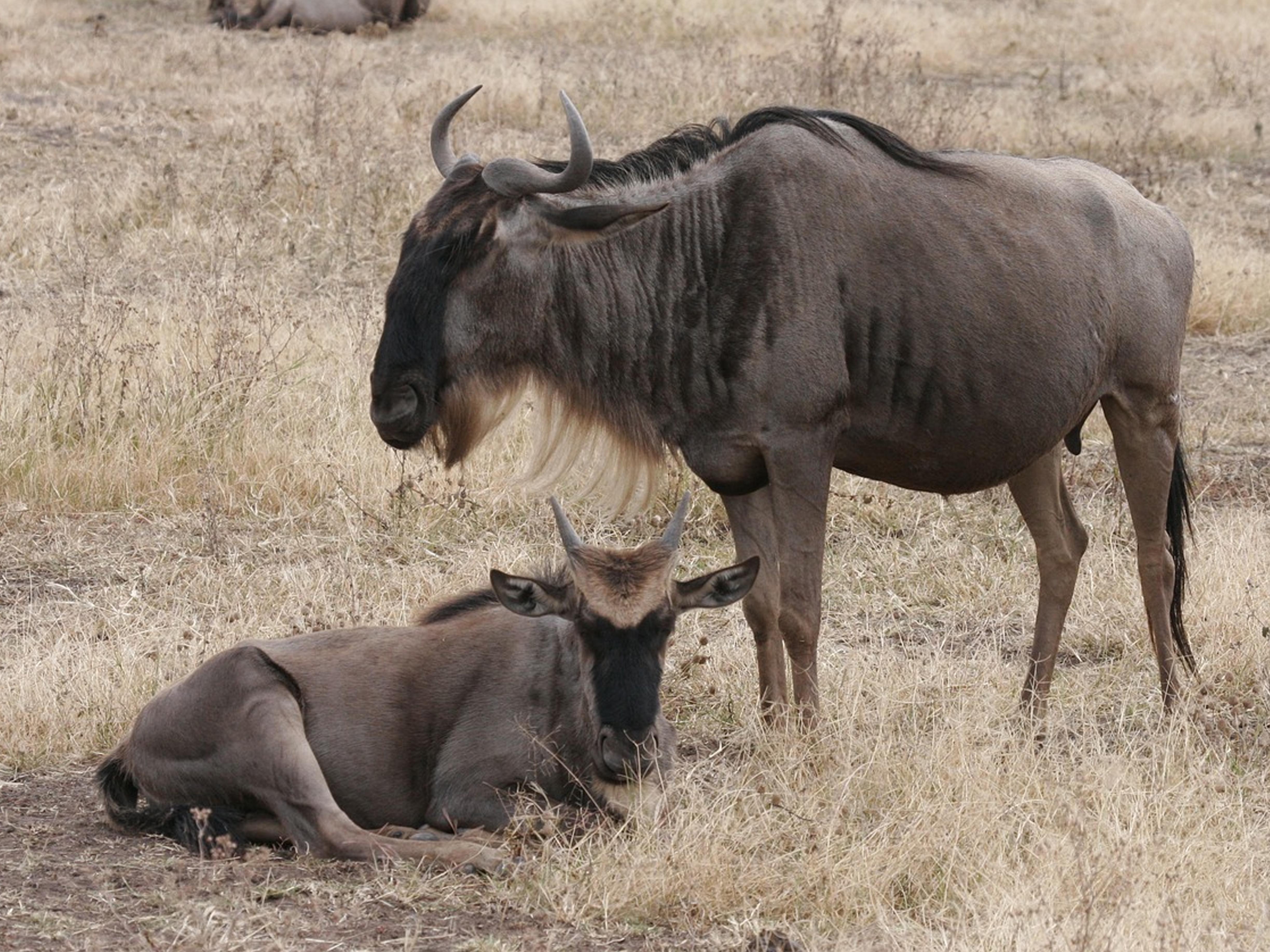 Each year, wildebeest in the Serengeti-Mara migrate between 500 and 1000 miles in search of fresh green pasture, in an event known as the Great Wildebeest Migration.

During the Migration, hundreds of thousands of wildebeest cows give birth to approximately 500,000 calves over a three-week period in February known as the Birthing.

Female wildebeest typically give birth in the middle of the day, and in the centre of the herd rather than being alone. This gives the newborn calf time to become steady on its feet, before the night falls, and predators, such as lions and leopards, become more active. The calves stay close to their mother until the following year’s calves are due.

It’s an amazing natural phenomenon that has been happening for thousands of years.