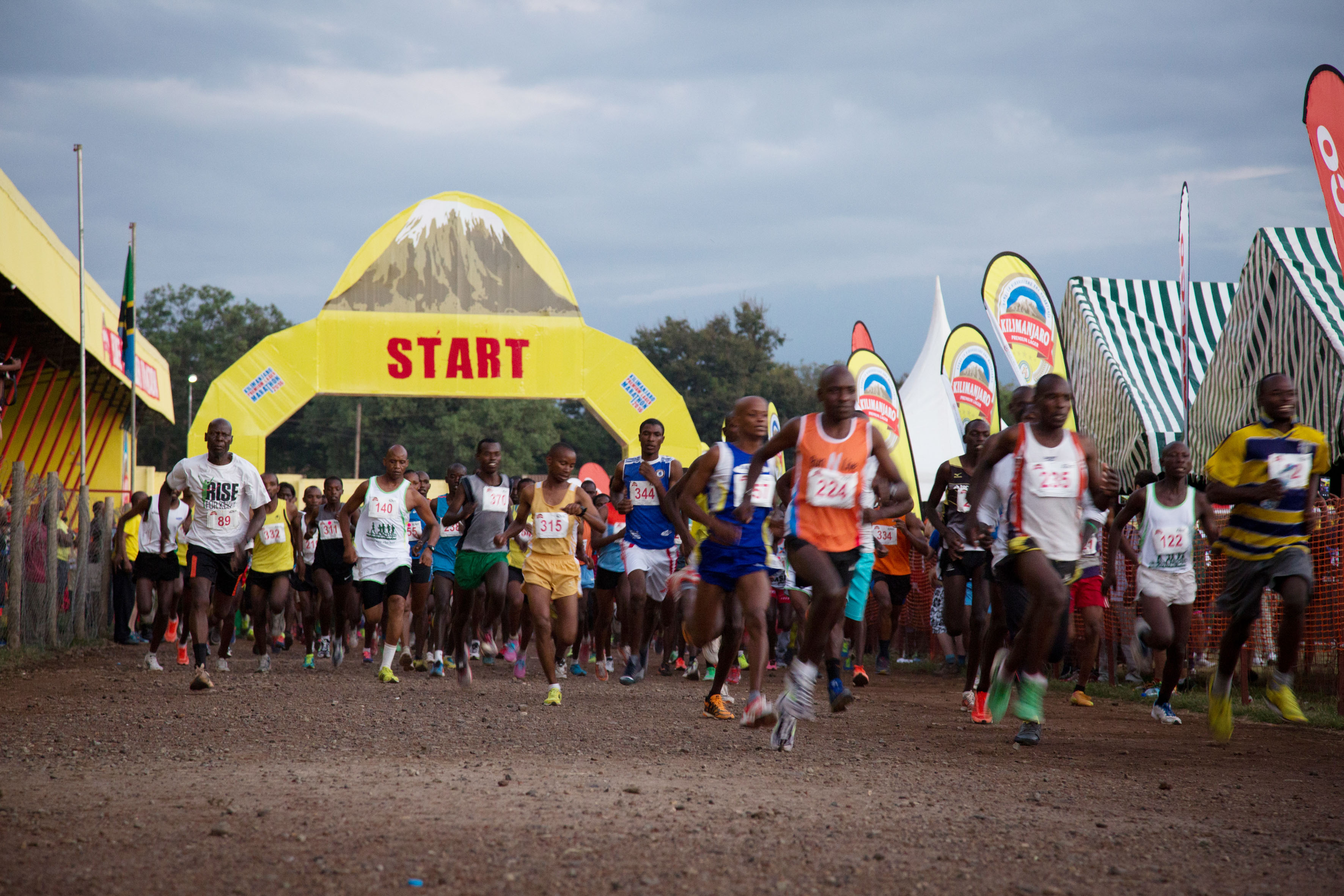 The 1st March, was the 18th year of the Kilimanjaro Marathon.

Situated south of the equator, Kilimanjaro is Africa’s highest mountain, and the highest free-standing mountain in the world.

The 18th Kilimanjaro Marathon took place on Sunday 1st March, in the town of Moshi, which sits in the shadow of the mountain.

The marathon was established in 2002 by event organiser Wild Frontiers. That first race day saw 300-400 runners completing a full marathon, half marathon or 10k race. They were timed manually by stop watches.

Eighteen years later and those three races were full with over 9,000 runners lining up shoulder-to-shoulder at the start. And this year there was an additional fun run added. With something for every runner, whatever their ability, the event really shines and it now has the official backing of the Tanzania Amateur Athletics Association, the IAAF, and the Tanzania Tourist Board.

Moshi is filled with energy over race weekend. People come to the town to support the runners, and enjoy what Moshi’s lively pubs – some with live music – and restaurants offering Italian, English and Indian menus.

Congratulations to all the runners who participated this year, those who have run in the past, and those who will take part in the future.