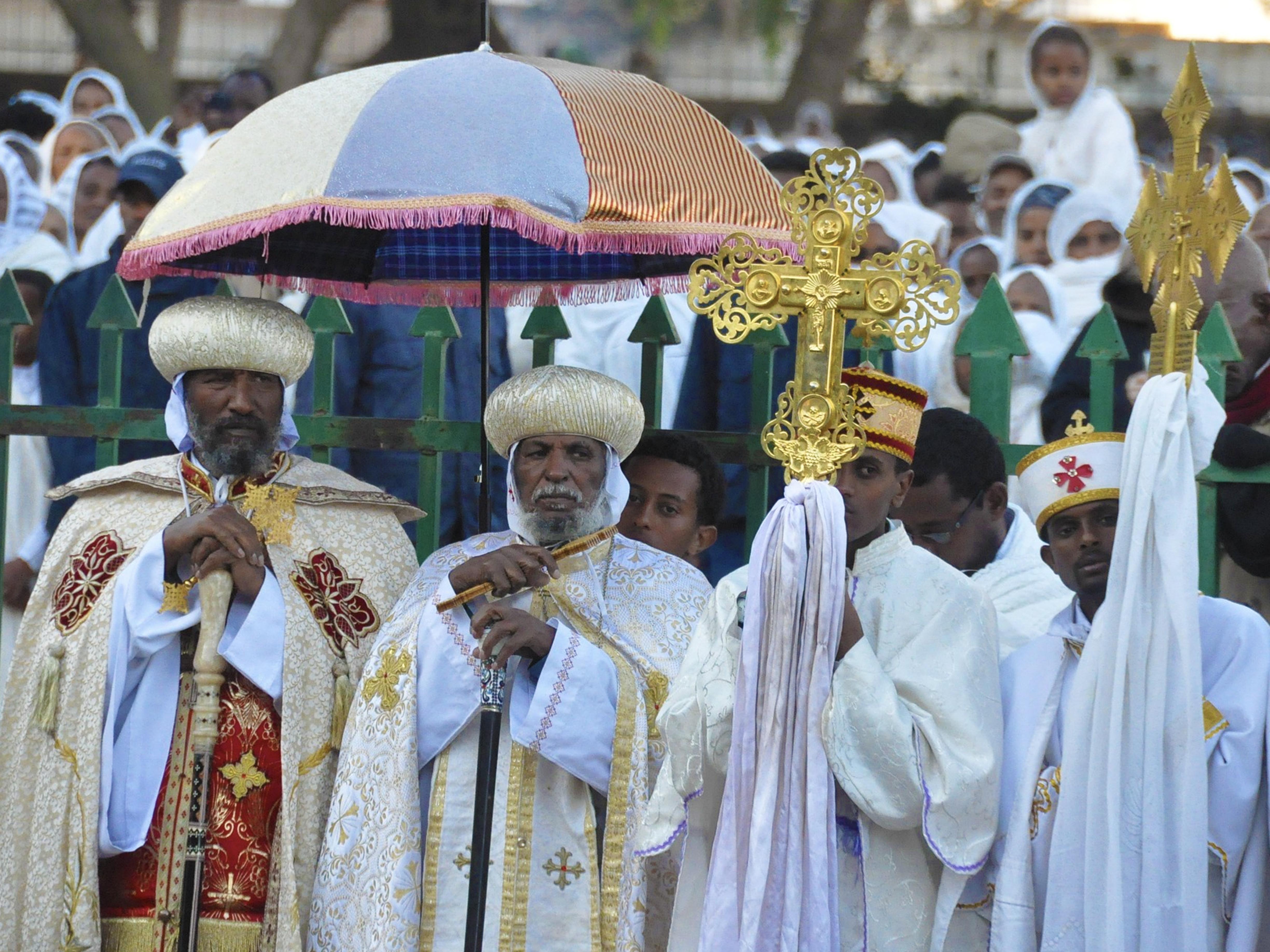 Taking place in Ethiopia every year on 19th January (or the 20th on leap years!) Timkat (also known as Timket) is an Orthodox Christian celebration of the Ethiopian Epiphany. It celebrates the baptism of Jesus Christ in the Jordan River and is best known for its ritual re-enactment of the baptism.

All over the country large crowds gather, with pilgrims coming from all over to witness the re-enactment, and take part in the festival, which lasts three days. At its most vibrant in Addis Ababa (the capital), everyone gets involved in the celebrations, which include processions, songs, dance and prayer.

Starting with Ketera (preparations) the day before, the festival then goes on to last for three days. On the first day, models of the Ark of the Covenant, called Tabots, are carried to the river in a procession led by the most senior priest of each church. The priests carry the arks on the top of their heads and, at dawn, the water is blessed and sprinkled on the participants. Some participants jump into the water to renew their baptism vows.

The second day marks the main celebrations when Orthodox Ethiopians march through the streets decorated with green, red and yellow to represent the Ethiopian flag. There is lots singing, dancing and feasting, as all but one of the Tabots are returned to their individual churches.

The third, and final, day of Timkat is known as the feast of St. Michael the Archangel, when the Tabot of St. Michael’s Church is returned, accompanied by a procession of priests and believers.