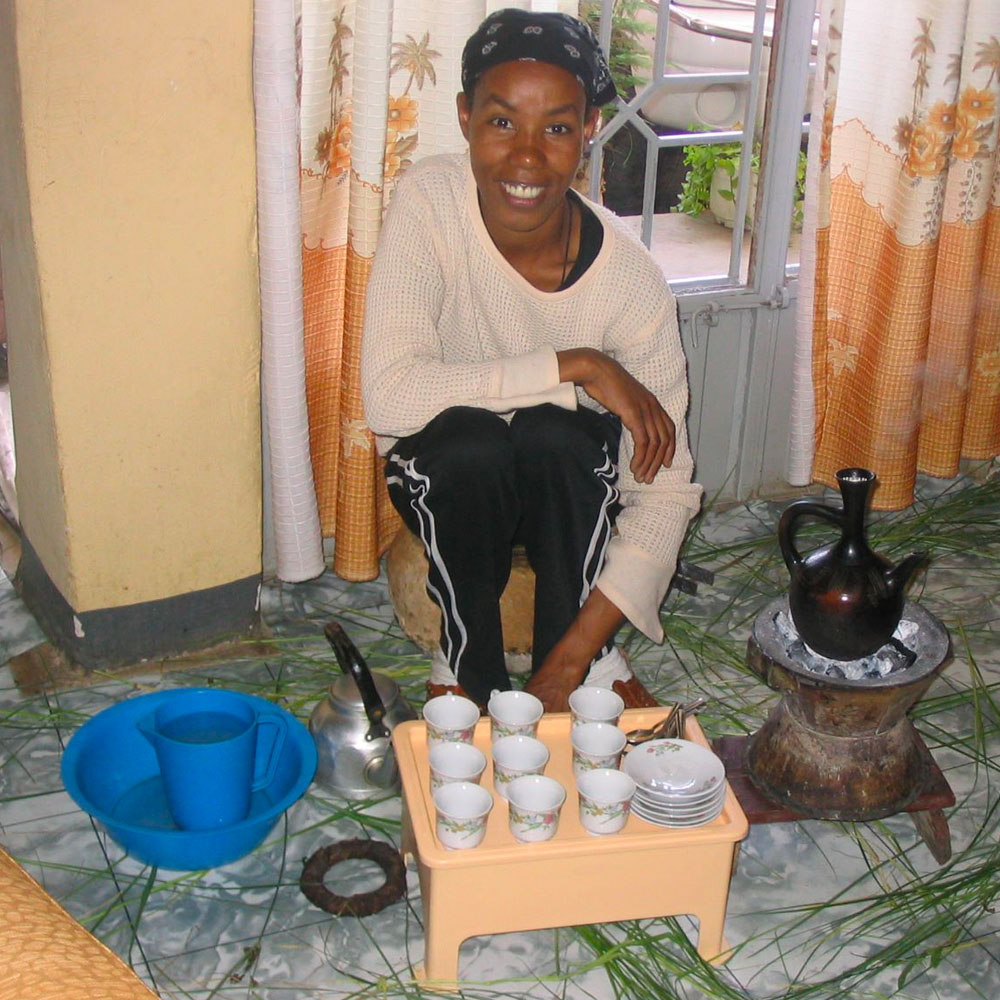 A great saying in Ethiopia is “Buna dabo naw”, which when translated means “Coffee is our bread!”

The Ethiopian coffee ceremony is a central part of the culture, and an invitation to attend is considered a mark of friendship and shows Ethiopian hospitality at its best. Guests who are invited to a ceremony  drink three cups of coffee, each representing a blessing.

CPA Directors have regularly been invited to partake in this ceremony when visiting friends in Ethiopia – although three cups of coffee at 11pm can make sleeping a bit of a challenge!

The ceremony lasts a few hours and is usually conducted by one women in traditional Ethiopian dress. It starts with the utensils being arranged and coffee beans are roasted in a flat pan over a charcoal stove or fire. Once the husk of the beans has been removed and the beans are black and releasing essential oils they are ground by a pestle and mortar.

The ground coffee is then added to water in a traditional coffee pot made of black clay known as a ‘jebena’ which has a thin neck and pouring spout. The mixture is then brought to the boil and removed from the heat.

Once the coffee has been strained through a fine sieve several times it is ready to be served!

Guests are served first starting with the eldest in the room and the coffee is then given to family and friends. The coffee is poured from a great height into small cups.

It is usually taken without milk but with plenty of sugar – at least three sugars go in! 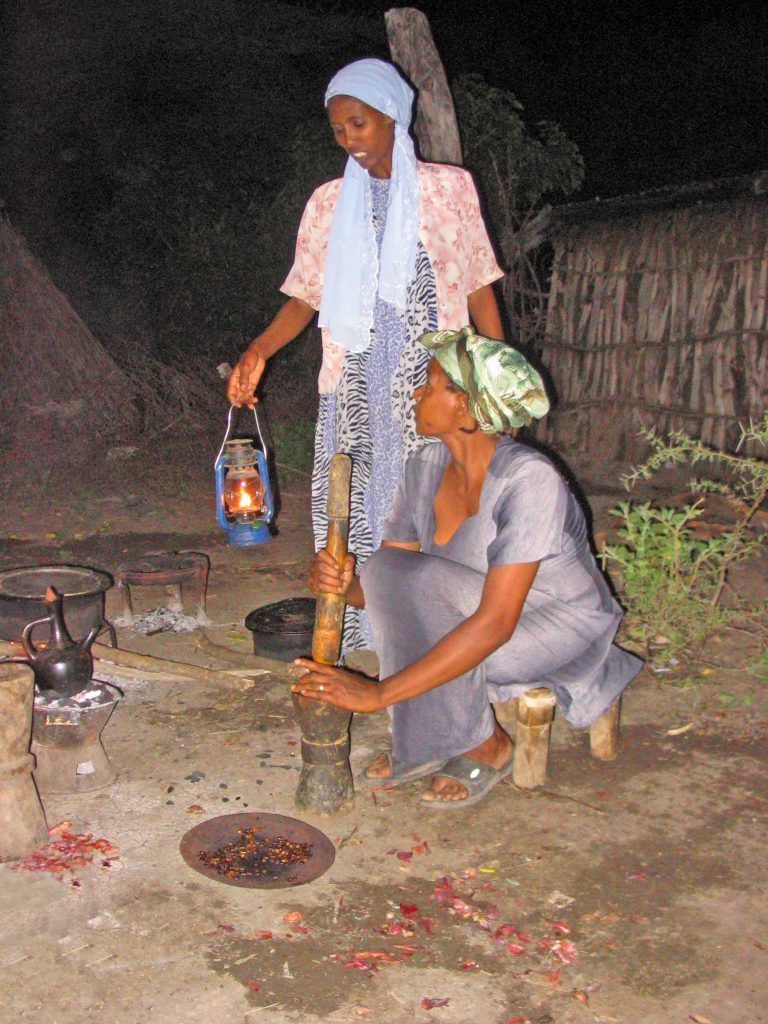 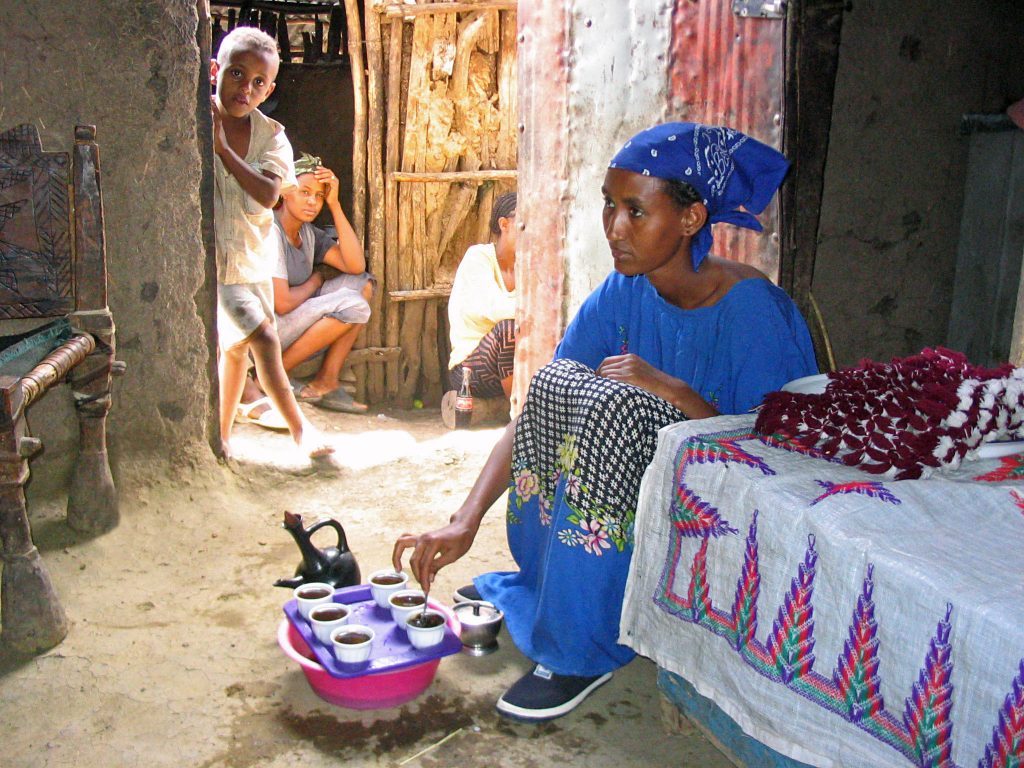